Charb (Stéphane Charbonnier) directeur de la publication/Director of publication of Charlie Hebdo , Paris. Charlie Hebdo is a French magazine that published cartoons mocking Mohammed and the magazine, which has a circulation of about 55,000, was fire-bombed last year after it published a previous set of cartoons that mocked Islam. France's Muslim leaders and militants protests over the cartoons, and Frances embassies were closed across the Islamic world. The cartoons in Charly Hebdo were published as often violent -- and sometimes deadly --protests continued across the world against an anti-Islam film made in the US that enraged many Muslims. Arab League Secretary-General Nabil Elaraby called the drawings outrageous but said those who were offended by them should “use peaceful means to express their firm rejection". 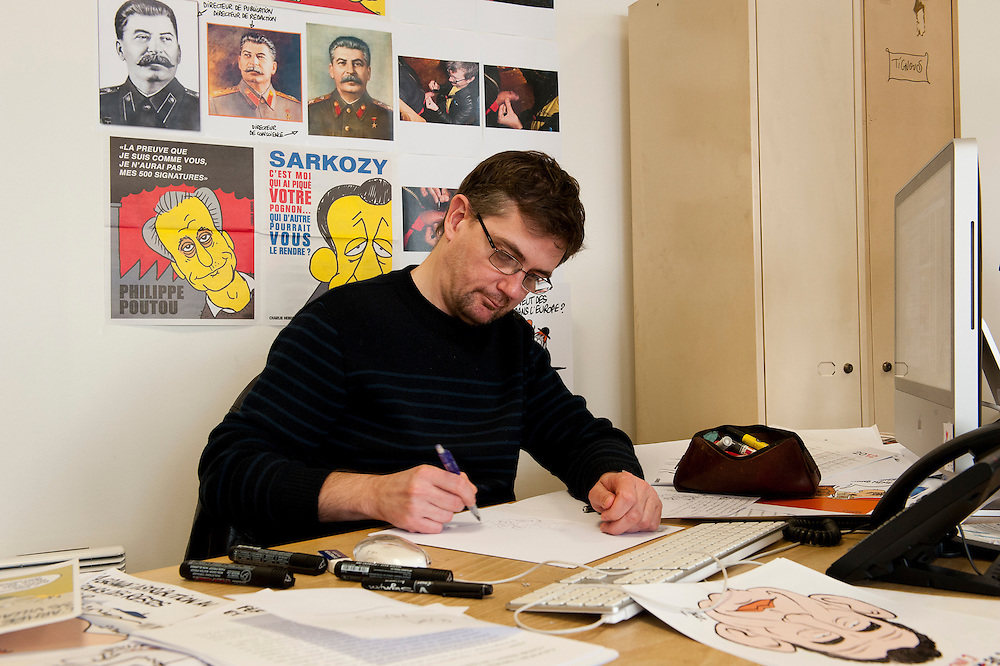