March 6, 2015, Paris, France. Post-it notes decorate the Paris’ apartment where Georges and Maryse Wolinski used to live. French Cartoonist Georges Wolinski (1934 –2015) wrote daily post-it notes to his wife Maryse Wolinski (1943, Algiers). Two month after the death of Georges Wolinski, the apartment is full of souvenirs and notes, attesting a half-century-long love relation: "9.40 pm. I bought your books. I gave my drawing to Cabu. Veronique was already alseep. I ate in a Chinese restaurant. I think about you, and your fatigue and your courage. I love you, Georges."
The cartoonist Georges Wolinski was 80 years old when he was murdered by the French jihadists Chérif en Saïd Kouachi, he was one of the 12 victims of the massacre in the Charlie Hebdo offices on January 7, 2015 in Paris. Charlie Hebdo published caricatures of Mohammed, considered blasphemous by some Muslims. During his life, Georges Wolinski defended freedom, secularism and humour and was one of the major political cartoonists in France. The couple was married and had lived for 47 years together. Photo: Steven Wassenaar. 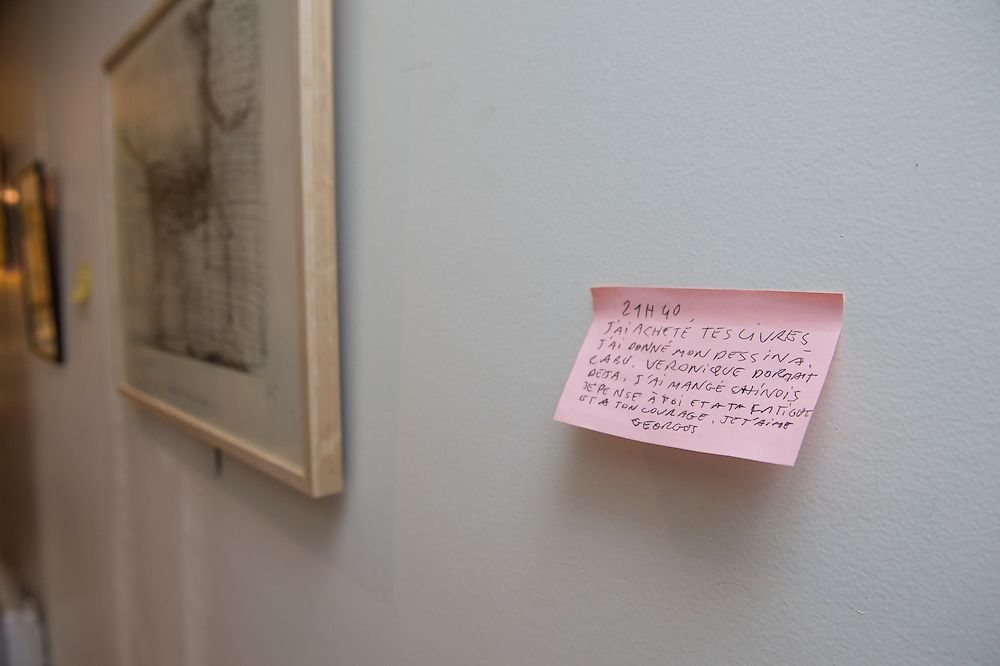